nDreams provides update on GhostbustersVR: Rise of the Ghost Lord

nDreams provides update on GhostbustersVR: Rise of the Ghost Lord#4974053 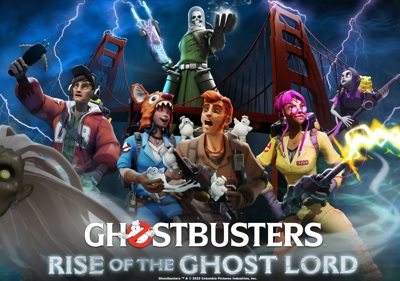 With Ghostbusters: Spirits Unleashed having caught the attention of ghosthead gamers, it's been easy to forget that there'll be a second Ghostbusters game coming out in the near future.

While details about the newly-christened Ghostbusters VR: Rise of the Ghost Lord remain limited, games company nDreams has confirmed that the game's setting will be San Francisco, that it'll be released on the Meta Quest 2 & PSVR 2, and that it will be due out in 2023.
mrmichaelt liked this
Feeling overwhelmed by the Covid-19 pandemic? Please visit The Support Thread.

As with anything GBfranchise related. It's compl[…]

All of these are amazing! I also just finished bui[…]

Most, on the Canadian Amazon store anyways, are w[…]

I just moved to wilmington and was looking for oth[…]