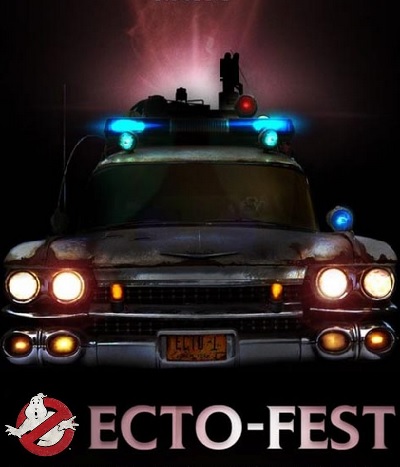 Last night saw the livestreamed Ecto-Fest event at Sony Pictures, featuring Jason Reitman, Gil Kenan, and other members of the Ghost Corps team as they announced a series of new projects based on/expanding the Ghostbusters property:

•"Ghostbusters: Firehouse" - the code-name for a new live-action motion picture continuing where Ghostbusters: Afterlife left off, announced back in April. The sequel, like Afterlife, will be co-written by Jason and Gil.
•A new animated series announced yesterday, to be produced by Jason Reitman and Gil Kenan.
•A new limited comic series that will be in canon with the movies, to be produced by Dark Horse, due for release in late 2023. This news appears to confirm that the IDWGhostbusters comic series has been officially cancelled.
•The intent to develop an animated Ghostbusters movie was re-stated, this project has been in-development at Sony since 2015.
•A project update was given on the HasLab Plasma Series Proton Pack, with Jenny Whitlock,Hasbro Vice President of Global Brand Strategy & Marketing showing off some production photos of the prop replica. Whitlock also gave an update on the "Egon's Journal" collectable, detailing that it has been expanded to 32 pages from its original 16, and it will feature in-universe newspaper clippings covering the period of 1984-1989 and beyond. Hasbro has also announced that they will be producing a second figure of the late Ivan Reitman in Ghostbusters attire, featuring bullhorn and clapboard accessories, which will be auctioned at a later date at a benefit event for the Children’s Hospital of Los Angeles.
Chicken, He Clucked and -1 others liked this
Feeling overwhelmed by the Covid-19 pandemic? Please visit The Support Thread.

Cool kind of like how the nose light activates as […]

Hi- Does anyone have any plans or know of anyone […]

I can't wait to see this textured.