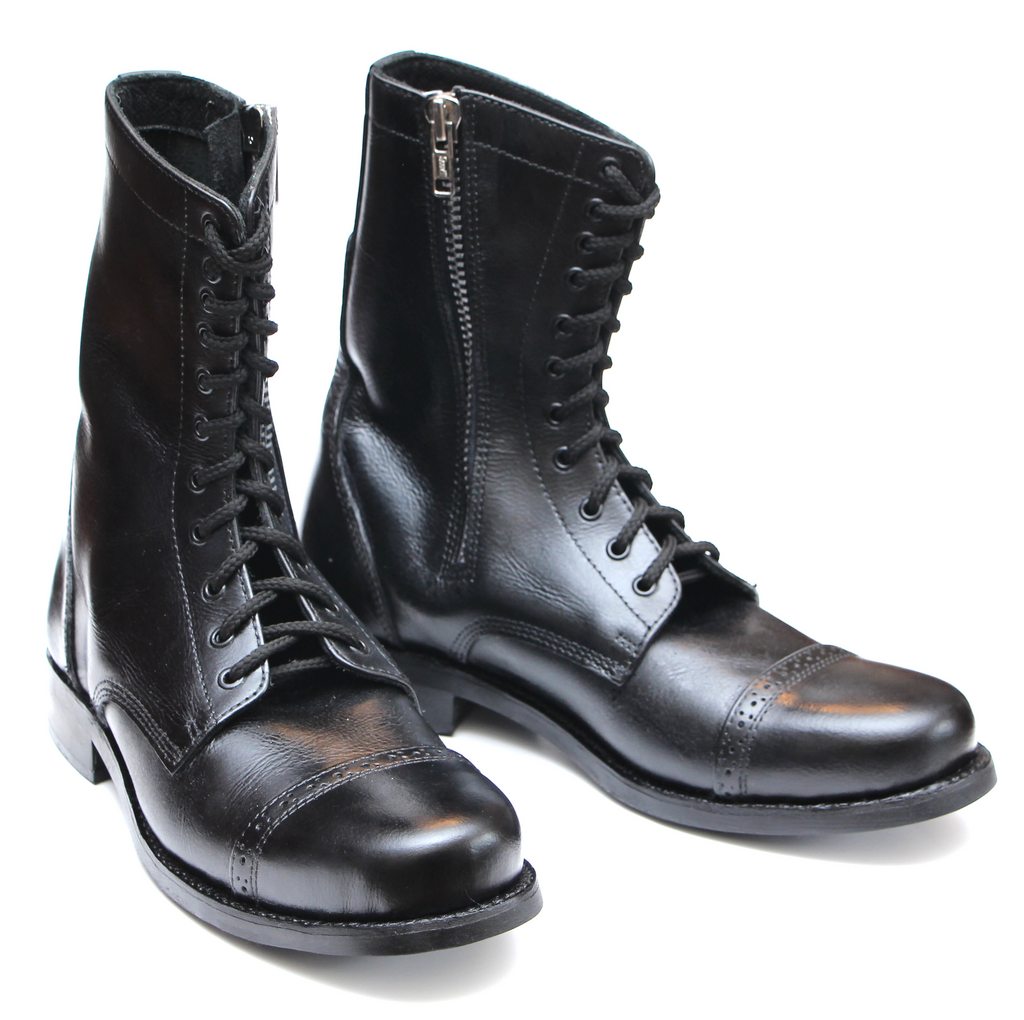 Here's our initial prototypes. There are a lot of little tweaks we're going to make for the final run though. I'll post updates here as we get closer to finishing these. Stay tuned! 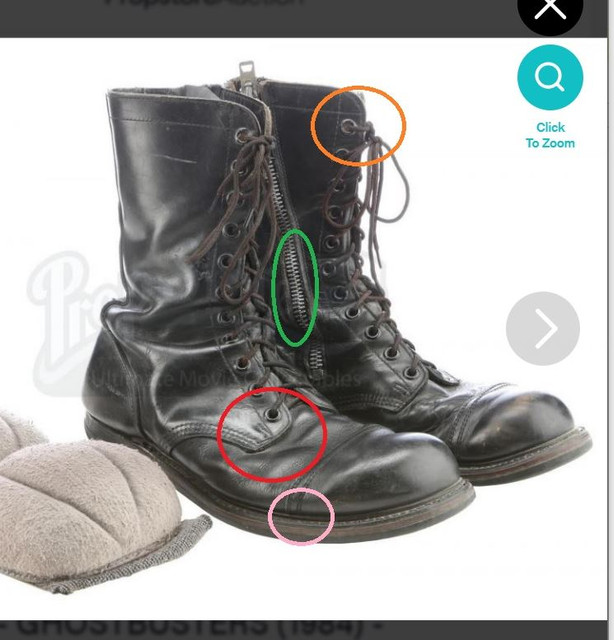 Red Circle - This part of the boot on your prototype seems to cut off on a very clean edge whereas on the screen used boot it has a bit of a curved edge on it. Not sure on terminology.

Orange Circle - The prototype has the top eye let right at the very top past the stitch line. On the screen used boot there is no eye let past the top stitchline. The extra space made by having the curved side raised in point A might allow the eyelets to placed correctly.

Green Circle - The zipper is a lot thicker on these boots than what yours appear to be (this may be just the angle but beyond the zipper top when you get lower down the boot you can barely see the zipper which makes me wonder is the zipper too thin. The pull is also wrong.

As it stands now, these boots are no more accurate than modern Corcoran's based on the prototype. Hopefully these details can be picked up and I'm sure someone with a keener eye than me will be along soon.
Kingpin liked this

Also referring to area in the pink circle, visible on the edge of the toecap there's a decorative pattern present that isn't there on the original screen-used boots.
Feeling overwhelmed by the Covid-19 pandemic? Please visit The Support Thread.

Here's my new name tag from Hatchapatch for refe[…]

Maybe the powers that be decided to save the cut s[…]

I'm glad you brought up measurements being a tad o[…]